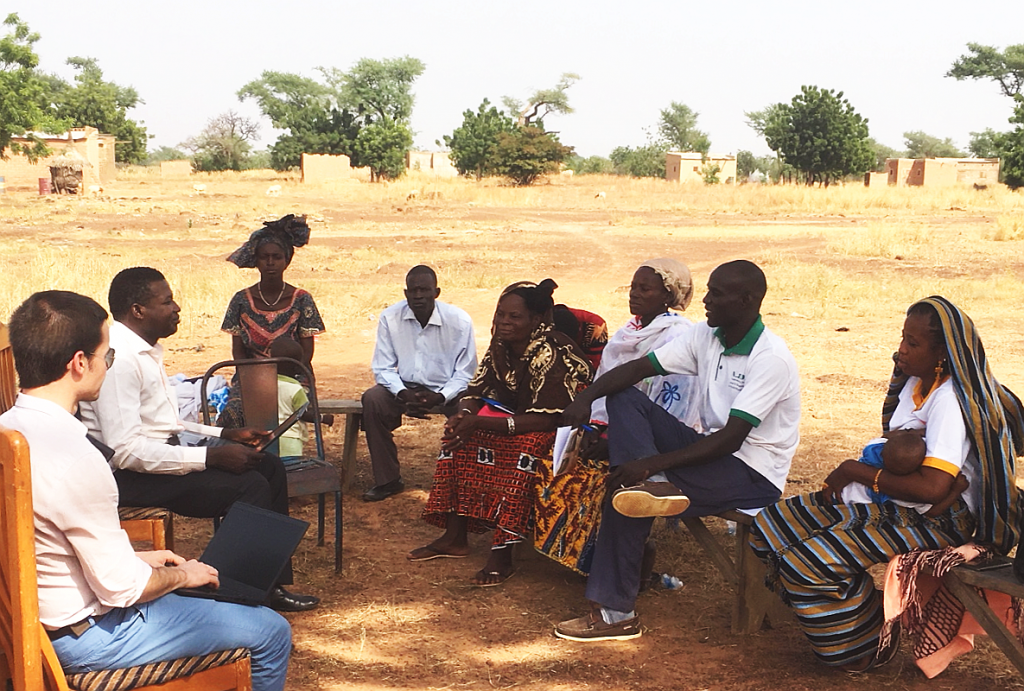 In this project, we test if the accountability of municipal governments can be improved by giving existing, influential local collective action groups (community-based organizations, or CBOs) a financial stake in the performance of their municipal government. In countries with limited state capacity, community-based organizations are often among the highest-functioning entities at the local level. Some producer cooperatives, savings or credit groups have stronger financial management capacity than local governments. Parent-teacher organizations, womens’ associations, hometown associations or other membership-based groups can be highly effective community mobilizers.

Yet, the participation of CBOs in local governance is usually limited, because they primarily exist to serve the interests of their member base, rather than of the community as a whole. Our preliminary research in Burkina Faso corroborated that CBOs lack direct incentives to get involved if local governments fail to live up to their responsibilities. If high-functioning, local CBOs had a more comprehensive interest in municipal government performance, they could, by virtue of their social capital and local knowledge, be a powerful source of accountability pressures on municipal governments.

We seek to address this incentive problem by introducing a novel cash grant scheme for the highest-functioning local CBOs in Burkina Faso’s municipalities. The amount of the cash grant is a function of year-to-year improvements in their municipal government’s performance (which is measured independently through Burkina Faso’s annual municipal performance monitoring survey SUPERMUN). Thus, if the CBOs believe that they can make a difference, they can maximize their cash grants by nudging municipal decision makers to address the greatest performance shortfalls in municipal service delivery. Importantly, the CBO’s financial reward does not depend on any prescribed actions the CBO takes. If the CBO decides to intervene and lobby for better municipal services, or to use its social network to monitor and nudge local decision makers, it will do so out of its own motivation and using its own approaches.

This cash grant scheme has been pilot-tested in 2015/16 with encouraging results. We are now pursuing a nationwide randomized controlled trial. First results are expected in 2019/20.